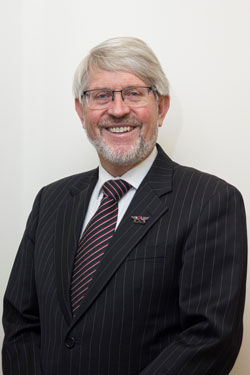 New Zealand-based LORD Power Equipment is not one to shy away from hard work when bringing innovative new technologies to the Power Industry.

Six years ago, Managing Director Trevor Lord encountered a humble product poster at a Chicago Power Industry conference that changed his life. Recognising immediately the international potential of the so-called Distribution Fault Anticipation technology (or ‘DFA’) featured on the poster, he conceived of a novel method to bring the DFA to the market and entered into a business arrangement with the Texas-based developer.

“It was a perfect piece of timing,” Mr Lord reflects. “In essence we had a proven and unrivalled device with some 20 years of R&D behind it, but which was only in the early stages of full commercialisation.”

A key feature of the DFA is that faults can be assessed from anywhere, via a secure internet connection. “It was a clever concept.”

The DFA precisely monitors voltages and currents on powerlines and watches intelligently for very subtle patterns of issue. It can proactively pre-empt developing asset failures and to allow a power company to react to these issues prior to them causing an equipment failure or outage.

To market this technology to the world, Lord Power teamed up with Mr Keith Gilby, a leading Power Industry engineering expert on overhead line management. Through Mr Gilby and the international consulting team at affiliated company Lord Consulting, DFA clients have access to a global network of experienced advice.

Using their expertise, the Lord Power team developed its own dashboard‑based system to track and trend all risks and feeder performance in real time. This works in conjunction with the DFA to enhance the client experience, increasing asset resilience to storms and limiting potential causes of bushfires.

Impressed by the capabilities of the technology following trials at a test facility, 32 units have now been ordered from LORD Power Equipment, to be installed on the UK network in the next stage of the trial implemented over 3 stages over a 2-year period. The order was announced publicly today.

“This project is an excellent example of the value of international collaboration in discovering exciting innovative solutions that bring value to the UK energy sector and its customers”, commented Mr Nathan Dyke, Innovation Engineer at the EIC. “LORD’s innovative solution for fault detection potentially delivers many benefits for UK electricity network operators, including the capability to greatly reduce network costs with the move away from reactive fault management to a highly proactive method. This could provide fantastic customer benefits, as being able to identify potential faults much sooner allows network operators to more effectively prevent power outages”.

“The EIC are excited to be involved in this project alongside our partners, UK Power Networks & Scottish and Southern Electricity Networks, and we look forward to seeing the results of this second stage of trials, where we will get to experience the solution in action, in a live environment within the DNO networks”, Mr Dyke said.

“This decision recognises our company’s innovative vision”, said Mr Lord. “Our product has been judged favourably on the world stage. We at LORD Power Equipment are proud to receive this significant award and look forward to working with these leading power companies to illustrate the capabilities of the DFA technology in the UK.”

UK Power Networks is the country’s biggest electricity distributor, making sure the lights stay on for more than eight million homes and businesses across London, the South East and the East of England.

UK Power Networks continues to be listed in the Sunday Times’ Top 25 Best Big Companies to Work For, and made industry history by becoming first company to win Utility of the Year two years running (2015 and 2016, also 2012).

The company invests more than £600 million in its electricity networks every year, offers extra help to vulnerable customers at times of need, and is undertaking trials to ensure that electricity networks support the transition to a low carbon future. It also moves cables and connects new electricity supplies.

Their electricity distribution and transmission networks carry electricity to over 3.7 million homes and businesses across the north of the Central Belt of Scotland and also Central Southern England. From the bustle of West London to the smallest villages in the Highlands and Islands of Scotland SSEN also has engineering and customer service teams based in major offices and depots in centres like Reading, Portsmouth, Perth and Inverness.

SSEN has over 4,000 employees, working from 85 depots and offices in the heart of the community,
as well as 130,000km of overhead lines and underground cables and 106,000 substations scattered across one third of the UK.

In all some 3.7m customers are served by SSEN networks across central southern England (over 2.9m)  and the north of Scotland (740,000).

Last year the company gave £1m to local community projects through our Resilient Communities Fund. Over 450,000 vulnerable customers are identified on our Priority Services Register with 11,000 assisted during power outages last year.  www.ssen.co.uk